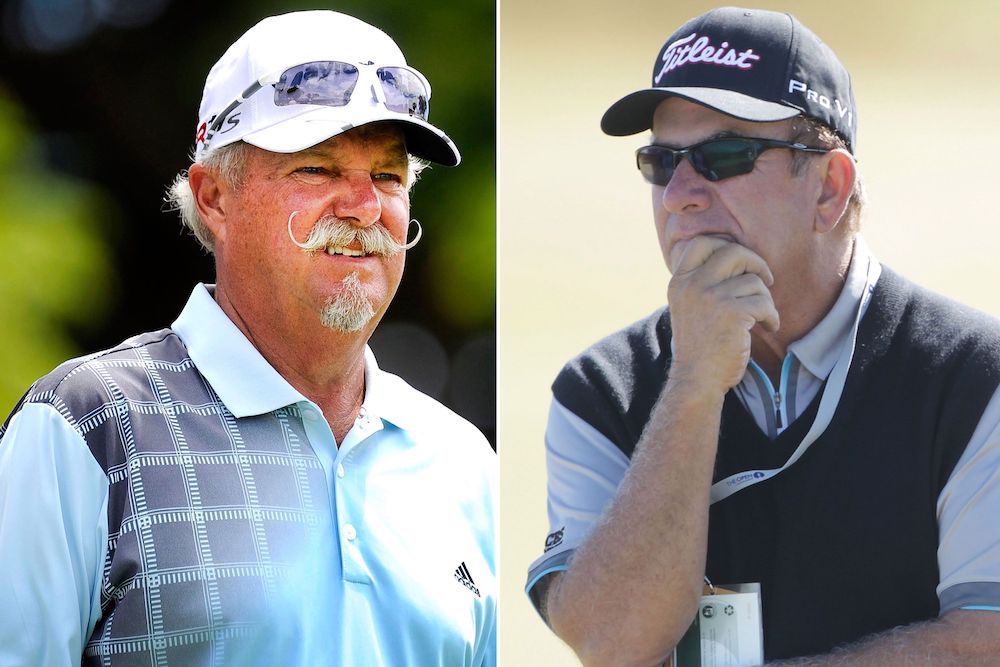 FOG To Honor Broadcasters Including Vin Scully at April Event

Friends of Golf (FOG) announced that former CBS golf announcers, Gary McCord and Peter Kostis, will be the 2020 Honorees for the annual FOG Tournament to be held at the Bel-Air Country Club, Monday, April 27. The event will also feature legendary Los Angeles Dodgers broadcaster, Vin Scully receiving the Ken Venturi “Spirit of Giving” Award. Konica Minolta is the title sponsor of the event.

McCord, a Southern California native who graduated from Riverside’s Ramona High School and starred on UC Riverside’s golf team, had a 33-year career with CBS. He won the NCAA Division II singles title before turning pro and winning three times as a professional. McCord appeared in the Kevin Costner golf classic, Tin Cup as himself and has authored two humorous books about golf.

Kostis, a Maine native who attended the University of New Hampshire on a football scholarship, also appeared in Tin Cup as the Costner character’s coach. Along with his broadcasting career which began in 1989, Kostis has also coached many golfers and celebrities including Dan Marino, Paul Casey, Steve Elkington, Chez Revie and Mike Schmidt. Along with McCord, he is a partner in the Kostis/McCord Learning Center in Scottsdale, AZ.

Scully is best known for his 67 years announcing Brooklyn and Los Angeles Dodgers games, but also spent seven years broadcasting NFL games. He also announced golf events during the 70’s and 80’s and was on CBS’ Masters broadcast from 1975-1982. The list of honors Scully has received is lengthy and was capped when he was awarded the Presidential Medal of Freedom in 2016. He also has a star on the Hollywood Walk of Fame.

About Friends of Golf (FOG)
Friends of Golf (FOG) is the leading national non-profit organization providing a range of financial support, golf equipment, training resources and mentoring to boys and girls in youth golf organizations, young men and women in high schools, junior colleges, four-year colleges and universities throughout the United States.

Many have compared Friends of Golf’s (FOG) support of collegiate golf and the Ben Hogan Trophy to the role New York’s Downtown Athletic Club played in college football and the Heisman Trophy. In 2010, FOG’s commitment to college golf earned the organization the Golf Coaches Association of America’s Lifetime Achievement Award. They were the first organization and only the fifth recipient of the prestigious award with the other four being Arnold Palmer, Byron Nelson, Jack Nicklaus and Karsten Solheim. For more information visit friendsofgolf.org.

About Konica Minolta
Konica Minolta Business Solutions U.S.A., Inc. is reshaping and revolutionizing the Workplace of the Future™ with its expansive smart office product portfolio from IT Services (All Covered), ECM, Managed Print Services and industrial and commercial print solutions. Konica Minolta has been recognized as the #1 Brand for Customer Loyalty in the MFP Office Copier Market by Brand Keys for thirteen consecutive years, and is proud to be ranked on the Forbes 2017 America’s Best Employers list. The World Technology Awards recently named the company a finalist in the IT Software category. Konica Minolta, Inc. has been named to the Dow Jones Sustainability World Index for eight consecutive years. It partners with its clients to give shape to ideas and work to bring value to our society. For more information, please visit us online and follow Konica Minolta on Facebook, YouTube, Linked In and Twitter.