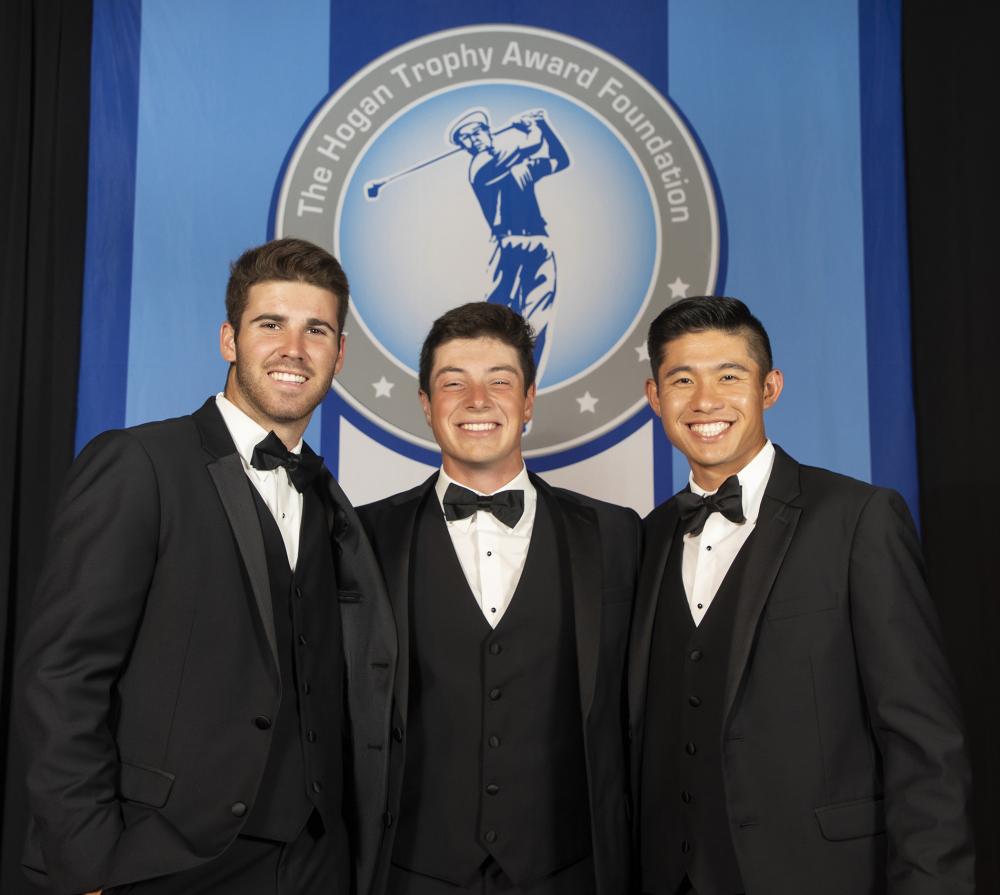 In addition to Southern California native Wolff, a 2019 Hogan Award finalist, and Spain’s Rahm, the only two-time Hogan Trophy Award winner (2015, 2016), three Hogan finalists from the past three years cashed six-figure checks in Minnesota. Collin Morikawa, another Southern California native and a finalist in both 2018 and 2019, finished one stroke behind Wolff, while 2017 finalist Wyndham Clark enjoyed a Top-5 finish and 2019 Hogan Trophy Award winner Viktor Hovland placed tied for 13th.

Since the Hogan Trophy Award dinner in May, the trio of Hovland, Morikawa and Wolff has combined to post six top-20 finishes on the PGA TOUR, including Hovland’s low amateur finish (T-12) at the U.S. Open. All three are in the field at this week’s John Deere Classic and are already among the top 250 in the Official World Golf Ranking—Wolff (135), Morikawa (213) and Hovland (237). Wolff’s victory at the 3M Open has given him a two-year PGA TOUR exemption, while Morikawa has earned special temporary tour status for the rest of the campaign.

The Ben Hogan Trophy Award is a joint venture between Friends of Golf (FOG), the Golf Coaches Association of America and the Hogan Trophy Award Foundation and presented by Konica Minolta. The award is annually presented by FOG co-founder, Eddie Merrins and goes to the collegiate golfer who has exhibited the most success that year representing his university while taking into account their overall amateur record.

FOG supports student athlete golfers from the time boys and girls enter grade school through the end of their college experience. Regardless of economic standing, FOG has made it possible for aspiring junior golfers to play, compete and excel in this exceptional sport that instills the values of honesty, ethics, and fellowship.

FOG was founded in 1978 by legendary UCLA golf coach Eddie Merrins and billionaire philanthropist, John Anderson, but over the years has included names like Peter Ueberroth, Ken Venturi, Carroll Shelby, John Wooden, Dinah Shore, Digger Phelps, Johnny Miller, Jim Nantz, Al Michaels and many more. In addition to its high profile at the college level, FOG has donated nearly $10 million to youth golf organizations at all levels. FOG’s Turn Wood and Iron into Gold program collects used golf equipment and donates it to boys and girls high school golf teams. In their “thank you” letters, many coaches and administrators say their programs wouldn’t exist without FOG’s support.