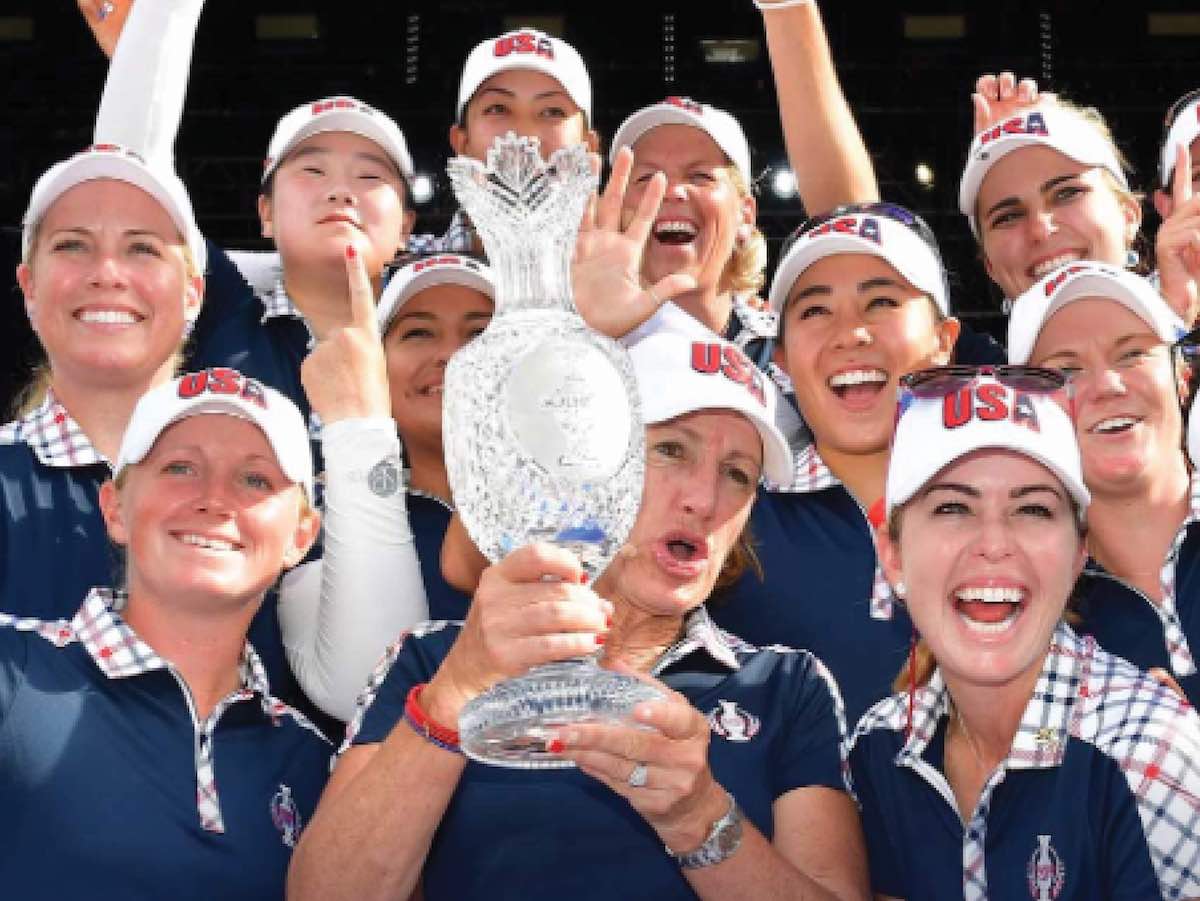 (August 25, 2017) — Southern California PGA Junior Team — It was a red, white and blue day in West Des Moines, Iowa on Sunday. In a singles session that featured tight battles across the scoreboard, Team USA won five matches and kept the Solheim Cup on U.S. soil with a 16.5 to 11.5 victory over Team Europe. The five-point victory margin is the USA’s largest win since 1996, and it also forever links USA Captain Juli Inkster’s name with the great Judy Rankin as the only women for either side to lead two victorious Solheim Cup Teams.