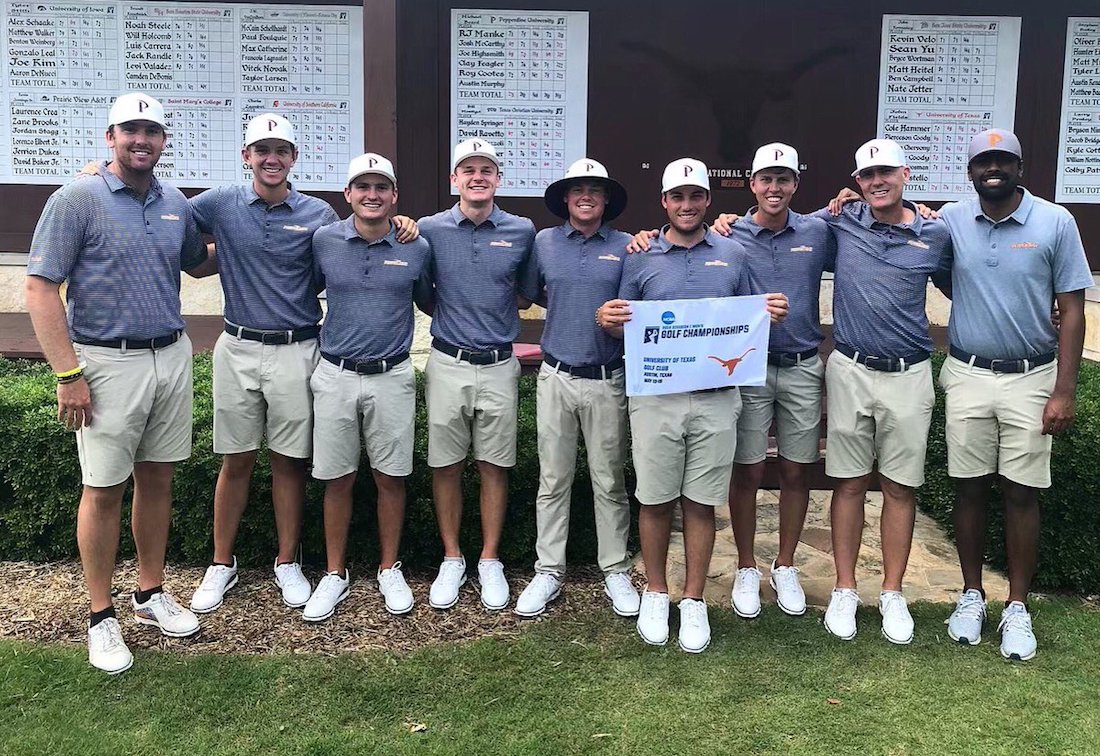 May 15, 2019, AUSTIN, Texas – The Pepperdine men’s golf team is headed to the NCAA Championships for the 10th time in program history as the Waves earned a fourth-place finish at the NCAA Austin Regional on Wednesday.

The Waves got off to a great start with Monday’s first round, and that largely turned out to be the difference in allowing the squad to be one of the five advancing teams. Pepperdine finished with a three-day total of a 6-over 858 (278-290-290) at the par-71 University of Texas Golf Club. The Waves were tied for first after the first round and still had a 10-shot margin over sixth place heading into Wednesday.

That advantage slowly dwindled over the course of the third round, and according to Golfstat, the Waves briefly slid into sixth place late in the day when they were overtaken by both USC and Arkansas. But the Waves had a solid finish, as on the final two holes, the four scoring players recorded seven pars and one bogey to put Pepperdine into the clubhouse at +6.

On the other side of the course, with Pepperdine already done, the final three holes saw Arkansas go 10-over and USC go 3-over, securing the Waves’ top-five finish. Pepperdine finished two shots better than the Trojans and seven better than the Razorbacks.

Joe Highsmith led the way for the Waves. His fourth-place finish became the best-ever by a Pepperdine freshman in regional play.

Pe pperdine, the 1997 NCAA champion, last played in the NCAA Championships in 2017, when they finished 13th. The Waves were the #3 seed among the 14 teams at the NCAA Austin Regional.

UP NEXT
The NCAA Championships are being held at Blessings Golf Club in Fayetteville, Arkansas, from May 24-29.