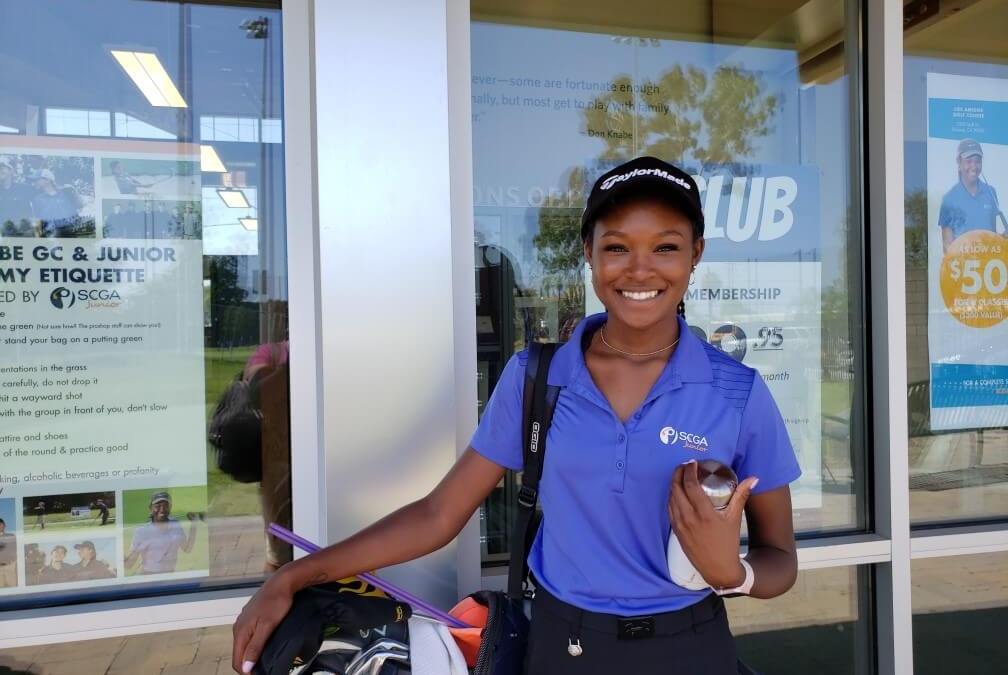 Shani Waite: After 10+ years as an active participant in SCGA Junior programs, Shani is now fulfilling her dream of becoming a college golfer. She’ll be attending Prairie View A&M University this fall where she’ll compete on the Division I women’s golf team while pursuing a degree in psychology.

“SCGA Junior has helped me become a more independent and confident person. I started in this program when I was eight years old and was a very shy little girl who did not know how to get out of her comfort zone. The SCGA Play Day outings helped me see that there is so much one can do with the game of golf. During these outings they pair each junior with an SCGA member. These members can eventually become some of your mentors based on the tight bonds and relationships you build with them. There are still members that I talk to today even if it is just for catching up! At the end of the outings, the SCGA Junior staff calls each junior up to the front to say what they learned about their mentor and the course. I used to be scared when I did these, but later I realized that those mini speeches that I gave eventually helped me overcome public speaking. I am not afraid to talk to a wide range of people whether it is for school or golf events. I was humbly honored to be selected to represent The First Tee of Los Angeles in the Champions Tour’s Pure Insurance Championship in September 2019 at Pebble Beach, paired with Olin Browne. During this event, I spoke to PGA Championship Players, was interviewed on the Golf Channel, interviewed with Olin Browne on a nationally syndicated radio broadcast, and interviewed for two golf magazines. With the help of the SCGA Junior, all of those events where I had to publicly speak, made those moments easier and more comfortable. When I was 12-14 years old, I was selected by SCGA Junior to lead a clinic with PGA Professionals Luke Donald and Butch Harmon during two F.O.G. events at the Bel Air Country Club. During the event, I hit shots in front of the members and I was even given the opportunity to interview Phil Mickelson! Even then, I could already tell what a change they made in me. I was more outgoing, willing to start conversations, and fearless.” -excerpt from Shani Waite’s scholarship essay

A Conversation with the Waite Family