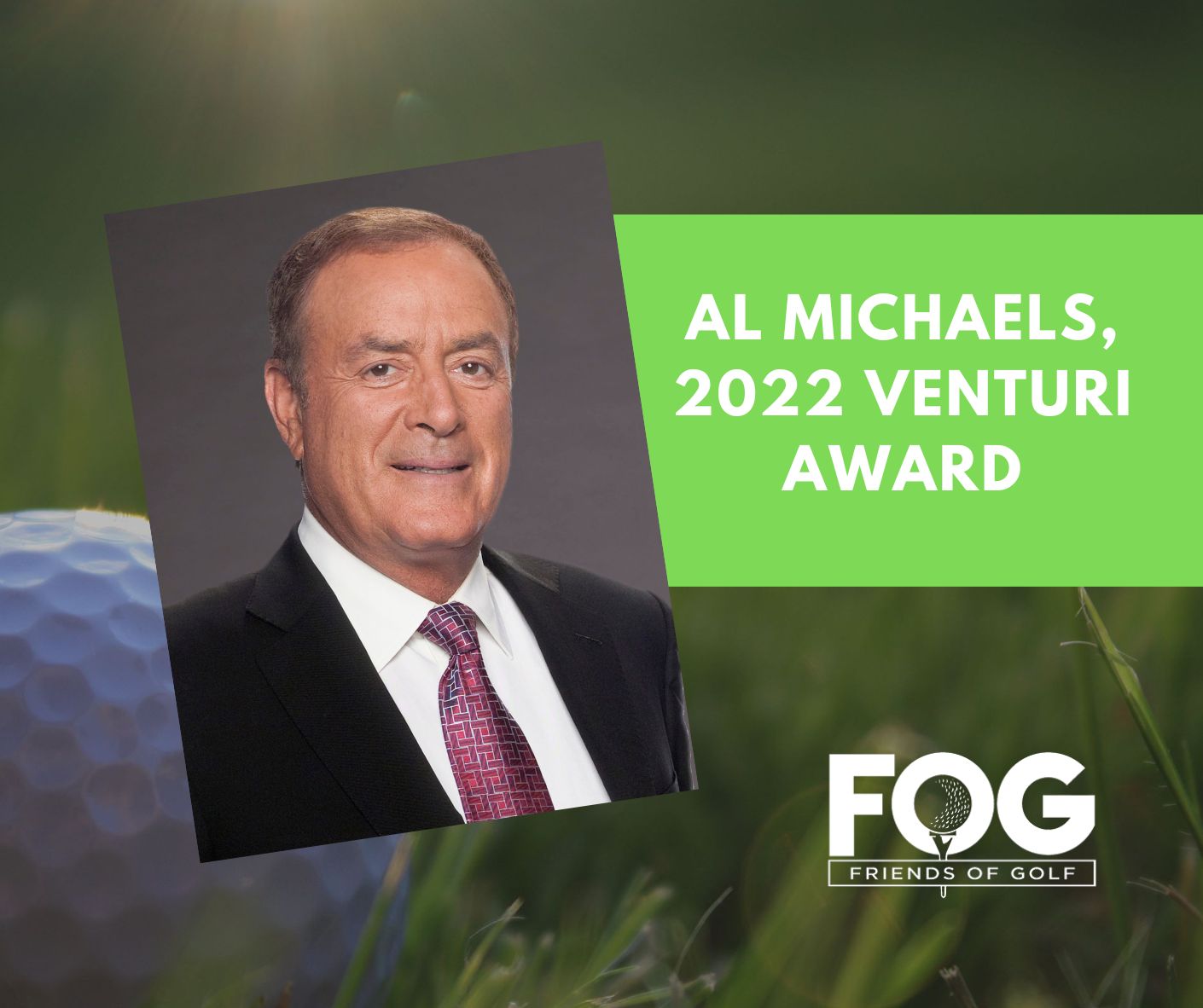 Friends of Golf (FOG) announced that legendary broadcaster, Al Michaels, will be the 2022 recipient of the Ken Venturi Spirit of Giving Award. The award which bears the name of Venturi, due to his long-time support and participation in FOG, will be presented to Michaels during the 2022 FOG Charity Golf Tournament scheduled for Monday, October 3rd at Bel-Air Country Club.

Michaels’ career has been full of highlights, awards, and achievements including eight Emmys. He got his announcing career started as color commentator for the Los Angeles Lakers radio broadcasts next to Chick Hearn. His travels then took him to Hawaii, Cincinnati, San Francisco, and NBC before landing at ABC for three decades. Along the way, Michaels has announced college basketball, minor and major league baseball, horse racing, boxing, NBA and NFL, college football, ice skating, and of course, hockey, where his historic line, “Do you believe in miracles?” followed the USA’s upset of the Soviet Union at the 1980 Winter Olympics. He returned to NBC in 2006 to call Sunday Night Football. Recently, Michaels finalized an agreement with Amazon to call play-by-play for their exclusive Thursday Night Football games alongside analyst Kirk Herbstreit.

About Friends of Golf (FOG)Friends of Golf (FOG) is the leading national non-profit organization providing a range of financial support, golf equipment, training resources and mentoring to boys and girls in youth golf organizations, young men and women in high schools, junior colleges, four-year colleges, and universities throughout the United States. FOG, which is almost an all-volunteer organization, has donated over $10 million to youth golf organizations. Many have compared FOG’s support of collegiate golf and the Ben Hogan Trophy to the role New York’s Downtown Athletic Club played in college football and the Heisman Trophy. In 2010, FOG’s commitment to college golf earned the organization the Golf Coaches Association of America’s Lifetime Achievement Award. They were the first organization and only the fifth recipient of the prestigious award with the other four being Arnold Palmer, Byron Nelson, Jack Nicklaus and Karsten Solheim.