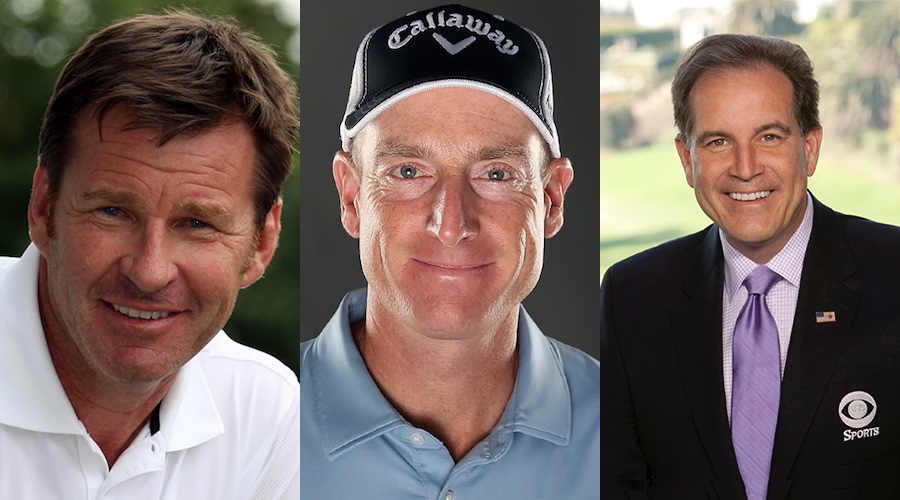 The Voice of CBS Sports, Jim Nantz, set to lead a roundtable discussion of never heard golf stories from this year’s legendary honorees.

LOS ANGELES, CA – (January 12, 2018) — John Hoffman, President of Friends of Golf (FOG) announced today the inaugural FOG’s “Evening with Champions” Dinner honoring golfing greats Sir Nick Faldo and Jim Furyk on Friday, February 16, 2018, at 5:30 PM. This prestigious event will be held at the private Bel-Air Country Club. CBS Sports commentator, Jim Nantz, will be on hand to dig for “never-before told stories” from the legendary honorees. Konica Minolta, the evening’s Title Sponsor, along with many other returning individuals and corporate sponsors will be on hand for the evening’s festivities.

The “Evening with Champions” event is part of FOG’s mission to provide and support scholastic golfers with resources, equipment, and programs so that they can compete in a sport that promotes character, integrity, and fellowship. Each year, FOG provides much-needed funds, equipment and mentor support to scores of high schools, colleges, and universities, impacting hundreds of scholastic golfers each year throughout the United States.

“I am pleased that FOG will be honoring two of the sports top performers,” said Eddie Merrins, the longest serving pro at Bel-Air Country Club, now pro emeritus and founder of FOG. “They have excelled consistently, not just in this most difficult sport, but also as a role model to the many young people we serve each year. To have Jim Nantz on hand to pull great stories out of these champions is a true bonus.”

Sir Nick Faldo’s career includes 39 professional wins, including 30 victories on the European Tour, six major championships, three Open Championships and three Masters tournaments. Sir Faldo was ranked No. 1 on the Official World Golf Ranking for a total of 97 weeks and is currently the lead golf analyst for CBS Sports.

Jim Furyk, the 2018 Ryder Cup Captain and defender of the 2017 Ryder Cup Trophy, is the second honoree of the evening. Furyk was the FEDEX Cup Champion and PGA Tour Player of the Year and has won one major championship, the 2003 U.S. Open. Furyk holds the current record for the lowest score in PGA Tour history with a 58, which he shot during the final round of the 2016 Travelers Championship. Between 1999 and 2015 Furyk was ranked in the top 10 for over 430 weeks.

Audio Clip:
Click the below play button to hear an audio clip from Jim Nantz.


To register for the “Evening With Champions” dinner, click here.